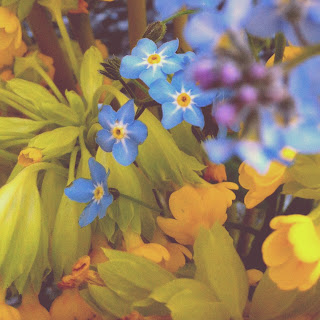 01. Beautiful hand picked Forget Me Nots and Cowslips. I've found myself taking so many pictures of flowers and blossom recently as the weather gets nicer! 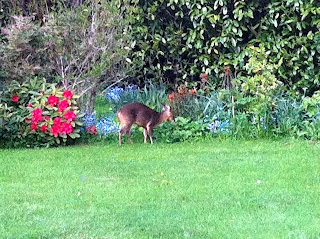 02. Residing out in the bonnie sticks of Bucks (and having a massive back garden) we often get visits from a plethora of wildlife. Meet this little muntjac munching on one of our flowerbeds. I wish they weren't so timid so I could have got a closer look! 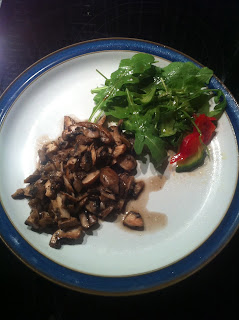 03. Last weekend I made the voyage to Asda (a cheap and cheerful haven of a supermarket) and brought lots of veggies and fresh food. Although I adore eating such foods they tend to go off in a matter of days so with a 'waste not, want not' attitude I committed to two days of mushroom eating. Pictured are some home made garlic portobello mushrooms and a side salad of mainly rocket, basil and pepper. Give me all of the rocket/basil in the world and I'll be a happy girl. 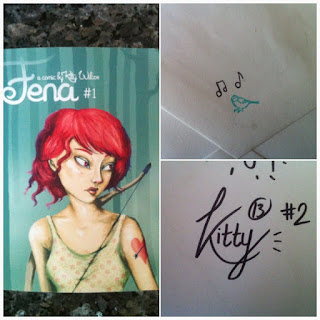 04. My good friend and talented artist Kitty Wilcox has released her debut comic 'Fena'. Mine came in the post this week and the illustrations are magnificent! Each copy is signed, numbered and put together by hand. Buy Issue One here and support an upcoming artist! 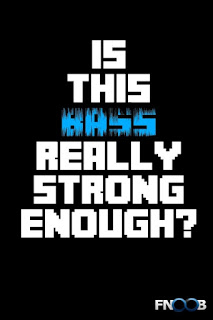 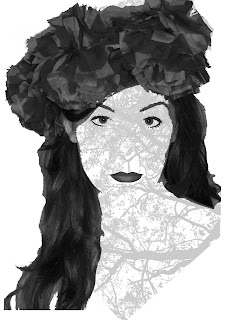 05. I've been working on a few lil digital graphic numbers. Its nice to fit in some art here and there! 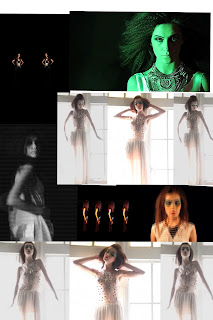 06. A little preview of the fashion film I recently worked on!

So theres another a visual update from moi!
What have you been up to?
Remember you can tweet me your thoughts at : @abitha_arabella
or leave your comment below! 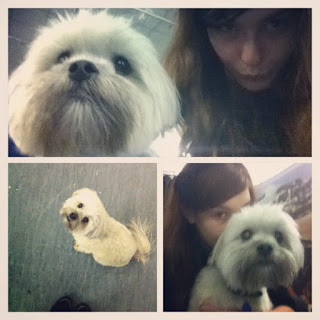 01. This was taken on set of filming our music video assignment to Macklemore's Thrift Shop. One of the dancers brought her beautiful little Bischon-Frise, Ted! 02. I haven't been able to get enough of Twinings Jasmine Green Tea recently. A.K.A Princess Tea! 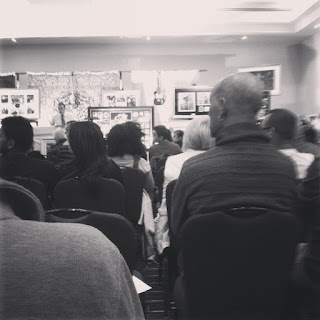 03. Last week I went to my first ever auction at the Park Inn Hotel near Heathrow. It was an exciting experience and there was a lot on offer- from electronics to wine to works of art and memorabilia. My particular favourites were the signatures of all those that had been to the moon and a signed Paul Mccartney guitar. Needless to say the bids got crazy and we returned home empty handed. Perhaps one day, when I've made my fortune! 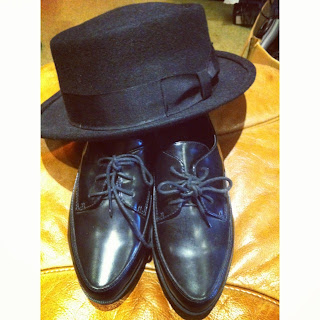 04. My recent purchases include this rather dapper ensemble of a beyond retro hat and PPQ London leather creepers! 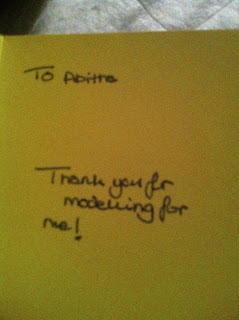 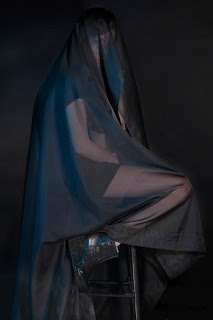 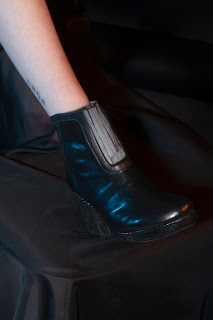 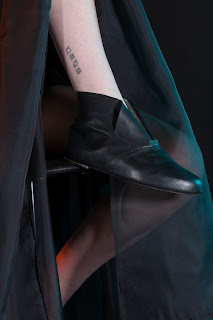 05. On Wednesday I went to the London College Of Fashion to model some lovely footwear designed by final year student Rosie Beagent. I loved her rubber boots! In just under two hours we were done as it was pretty much parts modelling and Rosie gave me a lovely card to say thank you, no client has ever done that before- how sweet! 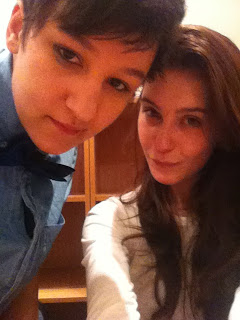 06. It was my best friend's birthday yesterday so we had a little shindig on Friday. It was great to catchup with her, my sister and other friends! 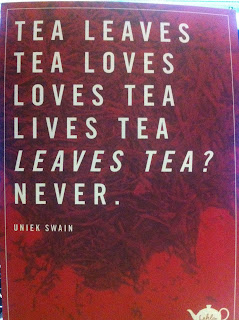 07. Yesterday was an errand running/shopping day. I stumbled across this twee postcard in an organic shop in Marlow. Its definitely me to a tea! 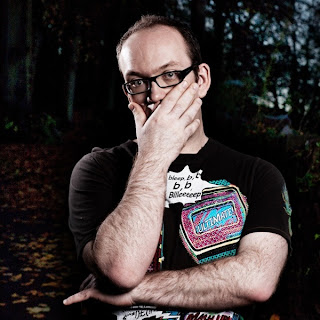 08. I interviewed another FNOOB resident for our ongoing feature ' MEET TEAM FNOOB'. I love doing these little interviews and finding out interesting tidbits about the team! You can read the latest instalment here.

So thats a little insight into my last week or so, how has yours been? Do let me know by commenting below or tweeting me!
xo
Posted by Unknown at 10:54 No comments: 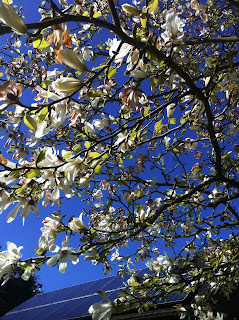 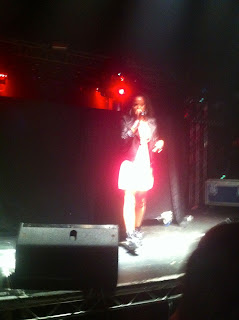 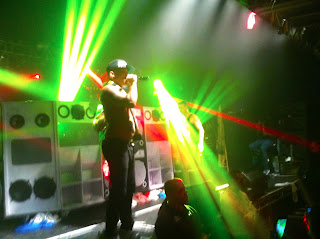 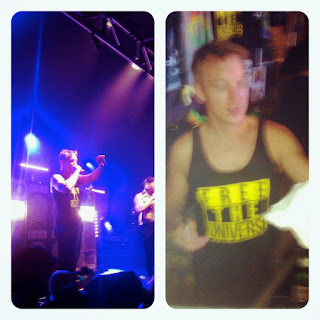 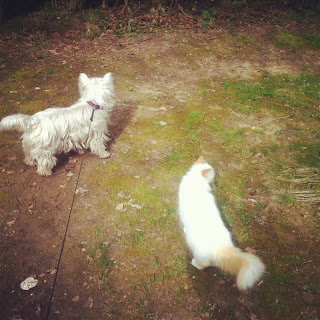 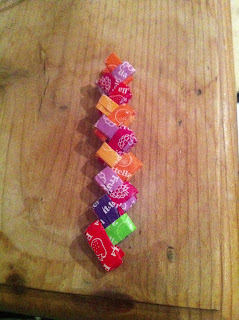 01. Woah spring? summer? is finally here. We've had a fair few days of blue skies and warmth recently which is exciting and has definitely induced beach cravings! Once again I will promise myself that I will visit a beach sometime this summer! Its been a quiet sort of week for me bar Major Lazer's gig at the Oxford O2 Academy on Thursday. So I've been studying hard and admiring the blossoming flora in my back garden. We've even had 2 BBQs so far!

02/03. On Thursday I unexpectedly found myself in Oxford for Major Lazer's gig at the O2 Academy with my lovely friend Katrina. We off course were right at the barrier, twerking and getting down as per usual. Even at our age, we felt like amongst the oldest there, it seems a lot of teens frequent the venue and whilst some of them were rude to say the least we still enjoyed what was a staggeringly good gig! Ms Dynamite supported, warming up the crowd with a mixed bag of both old and new hits. 'I love the energy tonight', 'I love it' and 'Give yourselves a round of applause, you are amazing' she kept saying. Most of these young'uns didn't recognise her older stuff but we belted out her tunes back to her and I could of sworn she was looking right at me whilst doing so (as does every attractive male band member as all the gigs I go to, I swear/hope/SWEAR) hehe. Then it was Major Lazer's turn and boy did they bring it! Up and coming musicians the world over, take your stage presence 101 from these guys. Two dancers adorned the stage, two hype men and thats not including Diplo his very self and all of the confetti, cava, horns and Major Lazer dollars they threw out into the crowd. Ooh and the band themselves crowdsurfed- despite the signs saying anyone who did would be thrown out. A flock of lucky girls from the audience were invited onstage to dance and then a young lad was called on unbeknown to him that he would be getting his very own, very public lapdance by the dancers. All in all it was one of the best gigs I'd been to in a while and I loved getting to catch up with Kat too!

04. I looked after Tammy and took her for a walk, Emily came with us and really surprised me.  Normally she is quite the subdued cat but that morning she kind of threw herself at a tree, proceeded to climb it and then fell off! If you follow my instagram or know me, my cats are regular feature.

05. I thought I'd make good on my mild sweet addiction and am currently turning some fruitella wrappers into a bracelet, nifty eh and recycled too!

I've also been out learning to drive again in the field out back of the house which is exciting albeit a little nerve wracking at times but I'm made good progress since last time!
This week (or what is left of my set in stone working week) I'll be filming for my course and getting stuck into whatever else comes my way. I go with the flow.
What have you been up to this past week? Have you enjoyed your bank holiday weekend?
Posted by Unknown at 16:52 No comments: 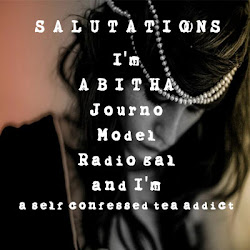 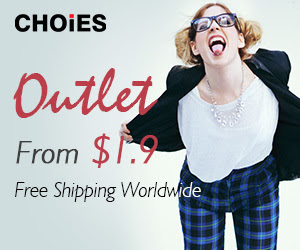